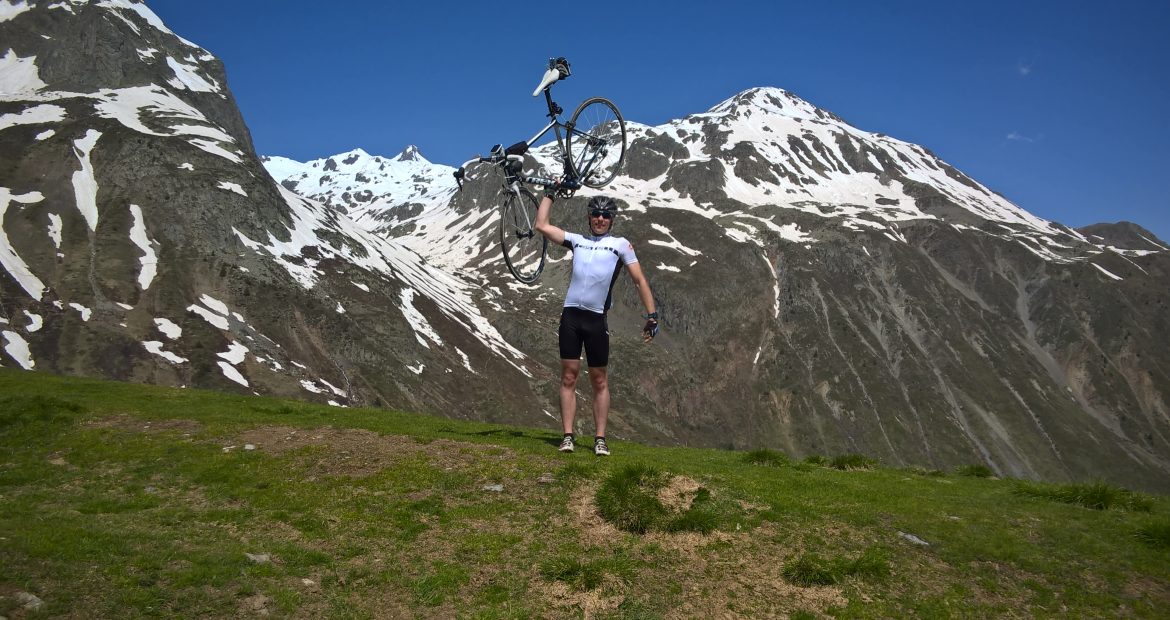 In 2012 I made the decision to get off the couch and complete a life-long goal of becoming an IRONMAN Triathlete. I knew this would be no easy task, so I enlisted the help of Paul Jones in order [...]
Read more James Vale
“I had a tailored programme provided for me based on where I was in terms of fitness and the goals I had for an upcoming marathon. Sam was of the opinion that I could achieve more than I thought. The training plan was completely achievable time-wise but it introduced training elements that I wouldn’t have attempted off my own back.
The Training Points portal kept me up to date with my sessions and focused on my goals. Sam checked in on my progress regularly and if I was struggling for any reason we worked through the why that could be, in order to get me back on track.
On the day of the race it was extremely hot, but even in the heat I almost managed to achieve my goal.
I’ve been running for years and was a revelation to train in a new way and see amazing progress in times and strength almost immediately.”
- Tove Carroll

“Started training with Team ECG last year, been on two trips with them. Cycle trip to The Alps and a training camp to Mallorca. Had a great time on both. Train hard in the day and relax with some good banter in the evenings. The facilities and location for the camp were great, and security for the bikes was comforting.
Sam coached me to IM Sweden in August this year, the training was tough but varied and well put together. Questions are always answered quickly and explanations make this much clearer. We came up with a race plan which was executed and made completing my first full distance tri that much more manageable.
Can’t recommend Sam and Team ECG enough and I’ve already signed up for the next training camp!

“Having had no long distance running experience, I did not know where to start to train for a half marathon. I only had 11 weeks to get up to speed and Paul gave me a very easy to follow training programme that enabled me to meet my target. Along with advice on nutrition and what to do when I had any training injuries, Paul made the training experience a stress free and enjoyable one. And I achieved my time set for the half marathon.”

“When I decided to run Reading Half Marathon again, I was determined to beat my time from the previous year. So I turned to Paul to help me with my training .

He wrote me a bespoke training plan that fitted around my normal sports and fitness activities.

The plan pushed me far more than i would have been able to do so myself.

When you see how far / how quick you have to run, written down in black and white you just do it! Also knowing that Paul would be asking how I got on meant there was no escaping it!

The plan was very varied with different paces, distances, intensities etc. This made it far more interesting and was much more beneficial than just running the same pace and increasing the distance bit by bit, which is what I did before.

Paul was always on hand to ask any questions or talk about any particular training sessions that I felt were difficult and he adjusted the plan accordingly.

There’s no doubt that without Paul’s help I wouldn’t have got the time I wanted. His coaching got the best out of me on the day.”

“Thanks to Paul’s coaching I was not only able to do reach my goal of completing the Reading half marathon,  I was able to finish well within the time I set myself whilst feeling great on the day.  This was due to Paul’s great engagement and tuition at the beginning of training to figure out what I was capable of and how I could get to my goal. Then following up to make all was going as planned.

Paul also has a breadth of knowledge on other fitness techniques and was also happy providing coaching on nutrition generally for healthy life style and specific requirements like eating related to strength training.

Thoroughly recommend Paul for coaching and motivating to reach your goals.”

“Before I started training with Paul, I used to smoke and hadn’t trained for over 20 years apart from the odd football match. I decided I needed to change my life and Paul helped me achieve this. Paul gave me a structured training plan to follow and within 9 months I was doing a half marathon in under 2 hours. He also turned my swimming around from a flailing fish to being able to complete several triathlons. I would thoroughly recommend Paul’s training services.

He is knowledgeable, motivational, patient and above all a great guy.”

“I started training with Paul just over 1 year ago, I’m far from being naturally fit, athletic or strong and prior to starting. I wasn’t too bothered about this. I’d lost a little weight through dieting for my wedding but struggled to maintain this once I’d settled into married life and failed to motivate myself into a sufficient exercise regime (we all know how it goes!!).

I felt so inspired to be fitter and faster and I’ve never looked back!! Paul is such a motivating coach who devotes so much of himself to his athletes. I feel so lucky to be part of it and would be at a loss without them! “

I love Pauls training, he gets everyone involved no matter their fitness level and ensures everyone gets great results.

I struggled with basic things and once Paul showed me a technique to use, it was all doable and I’ve now progressed from this – just amazing…

Nothing is ever too much trouble for him and he’s always happy to help and give advice.”

“I enlisted Paul’s help to coach me for my first ever triathlon, a sprint at Dorney Lake that I’d entered with only about 4 weeks’ notice. I was already fit, but hadn’t swum properly in many years and had very little open water experience, so was extremely nervous about the swim in particular.

From the start, Paul was extremely helpful and organised, setting out my training plan in line with what I thought I could manage around work, etc. He asked what my goal was, and I told him it was ‘to not drown’. Thankfully, I think his goal for me was more ambitious than my own!

The training program followed a nice logical flow, beginning with practising each discipline separately, before combining them so that I could get used to how to felt to go straight from the bike to a run, and so on. It was challenging yet flexible, and I found it was really easy to work it around other commitments.

As well as setting out my training programme for me and feeding back on my progress, Paul also met me for some open water swim training sessions. These were absolutely invaluable for me. I discovered quite early on that I never really learned how to do ‘proper’ front crawl, so Paul pretty much had to teach me from scratch. When we first started I was so crap that I didn’t think I’d be able to do the swim at all and got pretty frustrated with my lack of skill. However, Paul was incredibly patient with me, and broke the whole technique down for me into simple steps. We practiced each part until eventually I managed to get it all together and suddenly it felt easy!

When it came to preparing for the day itself, Paul was extremely helpful and had a wealth of advice on what I would need to do, wear, take with me, and so on. When the day finally came, I felt really prepared and it made the event far less overwhelming than it would have been. I was still pretty nervous about the swim, however, as soon as I got in the water I was ready and raring to go. The race went pretty well and I was fairly pleased with my time, not bad for a first try at least! I’m so grateful to Paul for all his support in getting me tri-ready, and now that I’ve become addicted I’m looking forward to working with him again for my next race!”