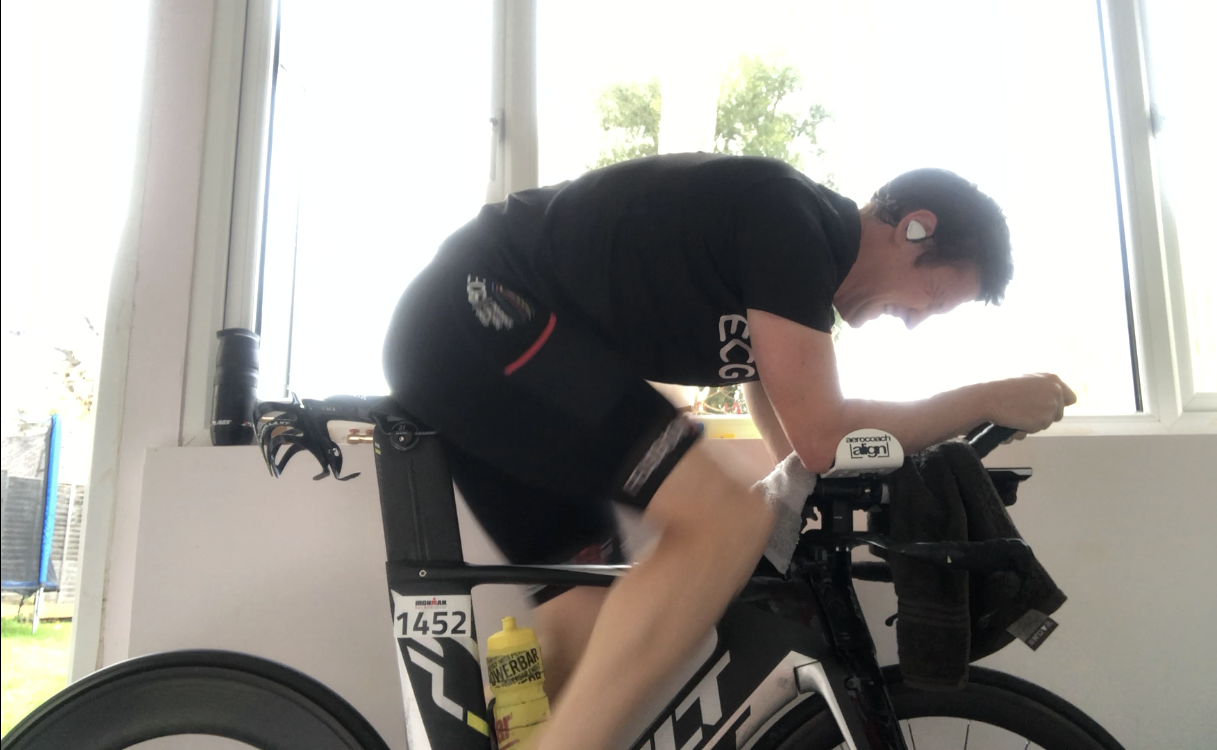 After a really good few weeks, I had a little set back in terms of some minor back surgery – which was a lot more painful and restricting than I had thought it would be. After my last blog I started adding in some S&C work (god I had forgotten that DOMS feeling – strangely pleasurable!), but was getting into a really good routine of running or cycling during the day (morning, lunchtime or afternoon) then doing a really simple S&C routine in the evening – however, it was mainly what I would call mobility work, so the fact that I was struggling with DOMs for a few days, goes to show how neglected these areas of my body are.
The body is seriously clever and adapts very quickly to the stimulus that we give to it – however, you take a stimulus away for an extended period of time and the body forgets it and concentrates on what you are asking it to do. That first week or two back is always the toughest, but if you can just persevere with the struggles to begin with, then the benefits are huge.
The back surgery meant I couldn’t do anything for a week, but on Saturday i managed an 8km run and on Christmas Eve I intended to go out for an hour and was enjoying it so much I ended up out for 67km and 2hr20. The only problem with this is that I only left the house at 2pm, and so was rather foolishly riding without lights as the night was closing in and it was getting dark.
On that note, I would always recommend riding with a rear light (regardless of light) and having a front light on the bike even if it isn’t on the whole time.
Those couple of sessions have given the confidence that I can get straight back into where I left off and have a really good next week, before we turn into 2018…….
On the note of Christmas, I am a big believer in enjoying yourself and over indulging. If you can’t do it on Christmas day then when can you. As endurance athletes we work hard for the majority of the year and there are certain occasions you can let yourself go and enjoy.
So, do just that – have a lovely Christmas and a happy New Year.
2018 promises to be an exciting year and we look forward to sharing it with you.

The FTP test went well, I came out with a result of 265w, and if I was to do again I could maybe have got a few watts higher, as it was kind of a big negative split. It has been a while since I have done a test so I didn’t want to blow up and wanted to get a true result.

As the graph shows, I started out rather reservedly, which ultimately meant it didn’t hurt as much as it should have done! But I’m still happy with it as a result and will base my next 8 weeks of turbo work off this result. Normally the first 2 weeks of the bock are really tough as you adjust to your new FTP result and zones, but this will at least encourage me to get on the bike through these tough months of cold and short winter days.

I’m still feeling a little tightness in my achilles, but strangely it seems to go away when running. The thing i need to really get hot on his my pre-hab work, which is the rolling and mobility along with stretching. Now i am into a good routine on the turbo and run, my plan is now to get a good 2 weeks of S&C in, which will involve all of the above as well as some exercises designed to strengthen and activate key muscles. I will share these when i get them into the routine.

My plan is to now keep a little log of exercise and duration, just as a little experiment to see where i am prioritising and more importantly where i am neglecting. This will be shown in the form of a pie chart – one for the period since the last blog update and one for overall – as seen below: 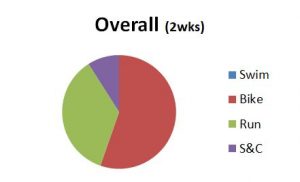 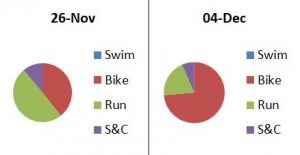 Do’t let the snow put a halt to our training, take the time to focus on indoor work, whether that be in the gym or on the turbo – get the pain cave all set up and start a box set on Netflix – you’ll soon get addicted and look forward tot he turbo session. Happy Training

With the 2017 season well behind me, attention has started to turn to the 2018 season. I have given myself a goal (that has always been at the back of my mind) – going sub 10hr in an Ironman.
My PB currently stands at 10:30, which was 5 years ago – (pre children I might add!). This will be the year! I am targeting Ironman Italy at the end of September, but have a number of races during the season to hopefully set me up. I will go into my race schedule in the next blog update, and over the next few months go into depth on how i intend to break the 10hr mark.
Having tried to keep a blog for a number of years now, I inevitably end up giving up due to a period of inactivity or injury. So this time, I plan on keeping up with this blog on a fortnightly basis – hopefully this will help to keep me on track.
After a somewhat stuttering start to my training for the 2018 season, I raced the notoriously tough Ballbuster race on Boxhill, whilst being woefully under prepared, I thought it would give me a good little starter to the season – in fact all it did was waste me and it took me a good week to week and a half to recover, this along with a Achilles niggle, which has limited any meaningful running, and a wedding in Ireland (which took almost the same amount of time to recover as the ballbuster!) has all meant a stop start approach to the campaign.
Anyway, all the excuses are out the way now and the serious training starts today.
No better way to start than with an FTP test. This is a 20min maximum test on the turbo and will give me a score of the maximum Watts I can hold. This will allow me to work off this figure for all my turbo sessions over the next 8 weeks. This week I will also be introducing a strength and conditioning plan to work on the weak areas and the mobility, to try and keep injury free.
Running will continue at an easy pace till I feel that the Achilles issue is well behind me and can start to push the pace faster. But running at an easy pace gets the legs used to running and builds the base.
I will hopefully upload a shortened video of my FTP test and share my suffering!
Happy training all.
Coach Sam